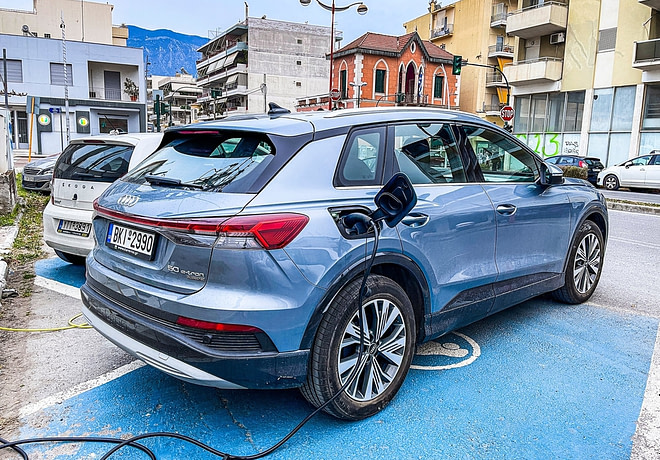 Our 6 Favourite Electric Family Cars in 2022

Finding a family friendly electric car is getting easier with each passing year. Automotive makers are fiercely focused on leading the EV revolution, which is great news for drivers looking for an electric car for their family. 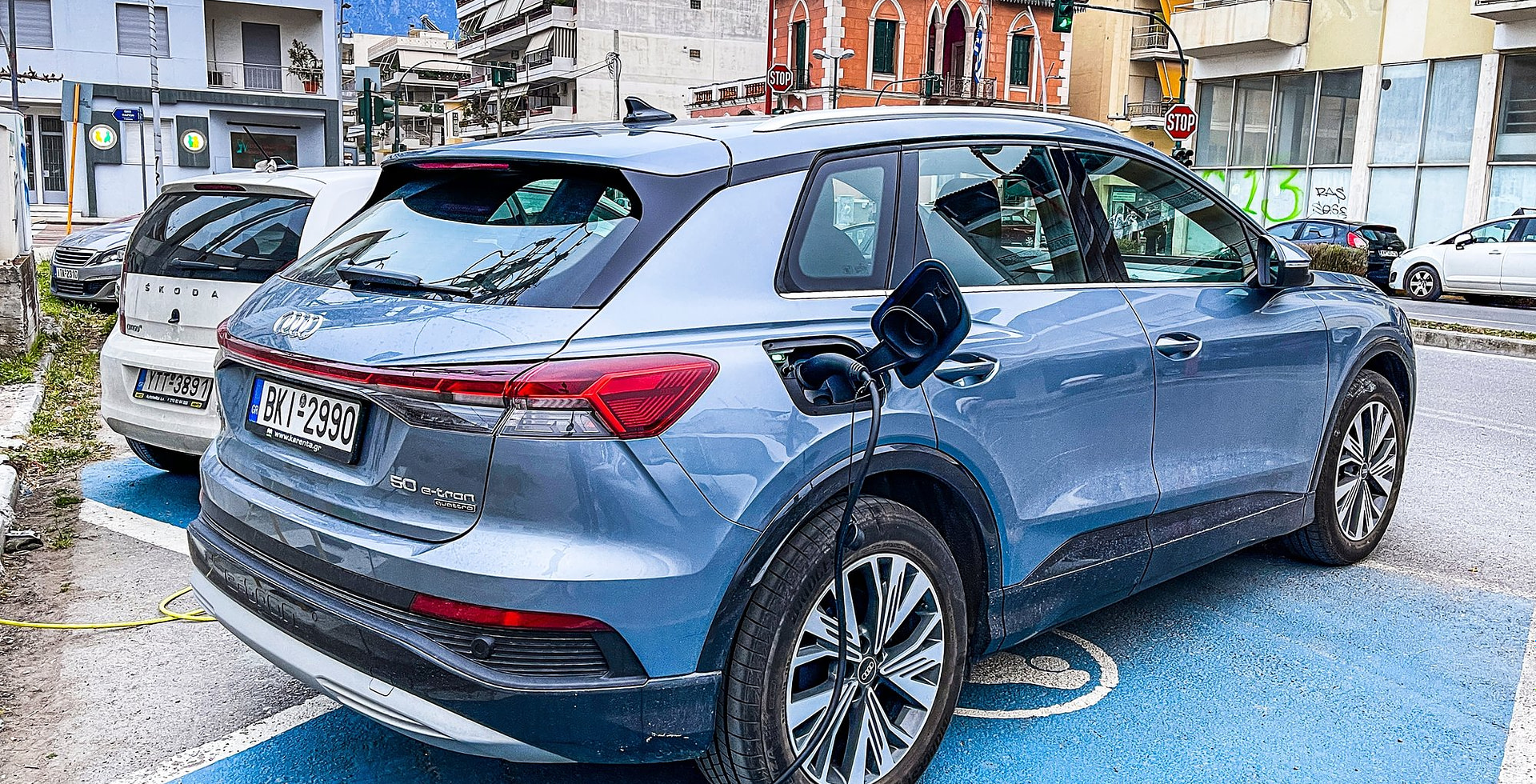 Our 6 Favourite Electric Family Cars in 2022

Finding a family friendly electric car is getting easier with each passing year. Automotive makers are fiercely focused on leading the EV revolution, which is great news for drivers looking for an electric car for their family.

More than 780,000 plug-in vehicles were registered in the UK at the end of February this year. The charging network is growing and battery ranges are too. While driving an electric car is certainly a different experience from conventional combustion engines, it’s not unpleasant. Many people consider them to be even more fun than traditional wheels. Making the leap to electric family cars is becoming easier as time goes on.

Electric family cars are one of the fastest growing markets in the automotive space. With so much choice it can be difficult to decide which car is best for you and your kids. Our list considers boot space, battery range and all the creature comforts you’d want when choosing an electric family car. We haven’t forgotten sleek lines and stand out design either; read on to find the best family EV for you and your tribe.

When you have tiny ones to care for, safety, comfort and storage room for the buggy and other baby trappings are high priorities. In the past, this has made family EVs less desirable. Earlier models tended to skimp on boot space so batteries could fit in. Fortunately, that’s no longer the case. There’s now an excellent range of family-friendly electric cars with plenty of room for all those baby bits. 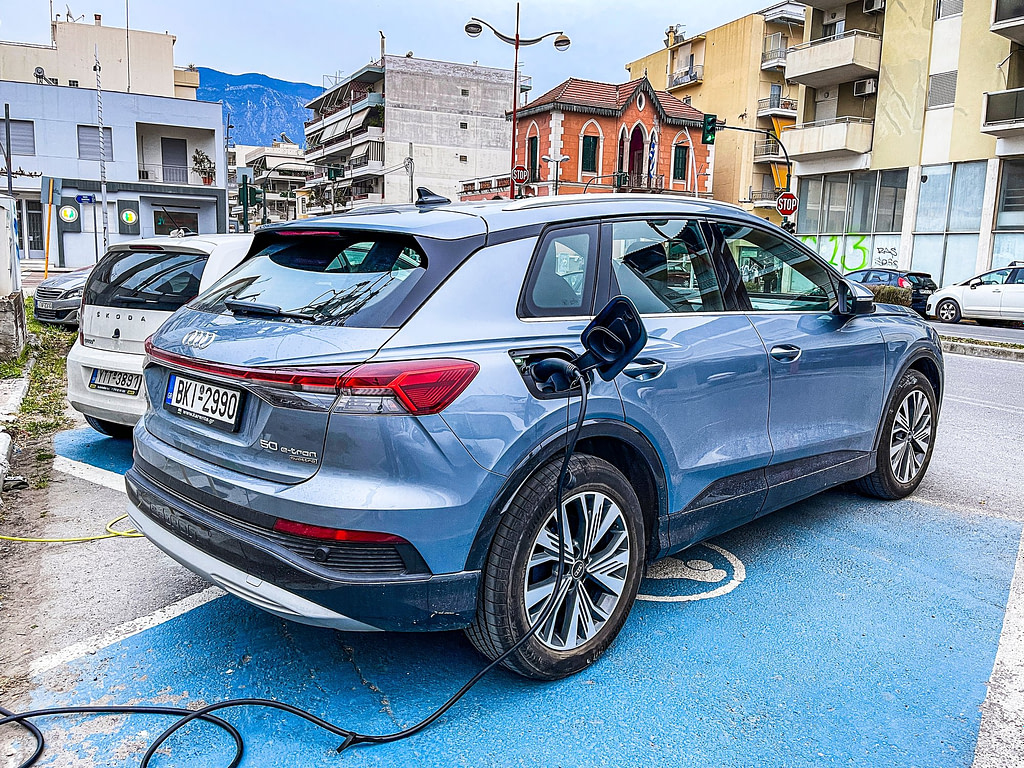 A fully electric SUV, the E-tron is a little smaller (and cheaper) than its big sister, the E-tron Quattro. There’s still plenty of room in front, back and boot. Storage options in the cabin area abound and everyone gets a cup holder. The boot offers 520-litres of space; more than enough for a buggy and shopping.

The Sportback model has a 331 mile range on a single charge while the standard spec E-tron has a slightly shorter range of 314 miles per charge. It’s enough to run the usual errands and it has plenty of get up and go –  you’ll hit 62mph from a standstill in around 8 seconds.

You get a medium to high driving position, parking sensors, cameras, and excellent over-the-shoulder visibility. LED headlights make sure you can see in all weather conditions and there’s an easy to use infotainment system that’s controlled with the 11.6-inch touchscreen. Climate controls are conventional, which makes them easier to use when driving. 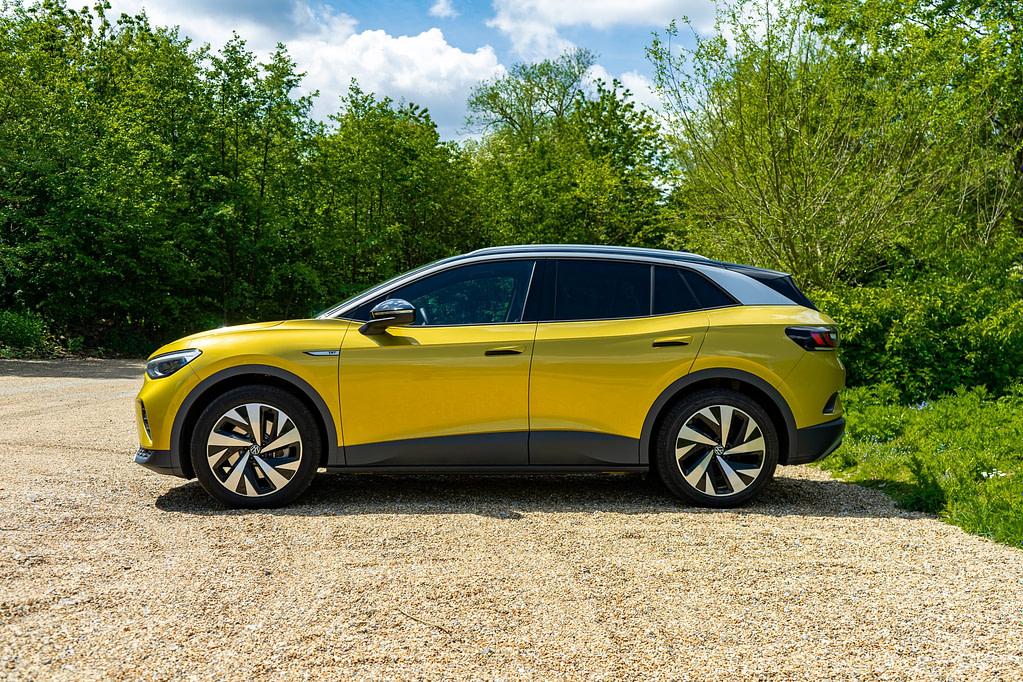 Bigger and more expensive than the ID.3, Volkswagen’s ID.4 offers a no-fuss exterior design with a comfortable interior design. Being an SUV, you get the higher driving position again and lots of room. Storage space is great with plenty of pockets and bins to stash maps, baby wipes and other bits and bobs. The boot has a cavernous 543-litres of space so trips away shouldn’t be an issue.

Battery range is dependent on the model, expect anywhere from 316-miles for the Pro and Pro Performance models and around 213-miles for Pure Performance options. Tech inside has rear parking sensors, camera and LED headlights as standard. The infotainment system looks great but doesn’t quite live up to its fancy design – voice controls are patchy and the 10-inch touch screen feels small. 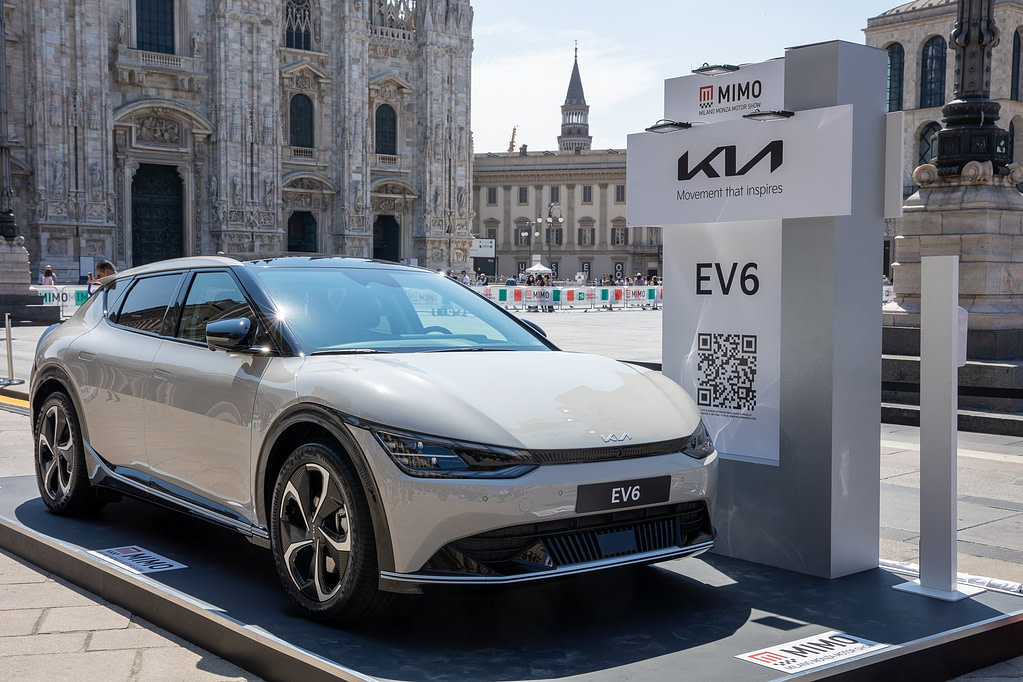 The EV6 was electric from conception, unlike a lot of other family electric cars available. Not quite SUV or hatch, she sits somewhere between, bringing incredible driver appeal with the positioning. The makers claim you can charge faster than a Tesla, drive further than an Ioniq and accelerate faster than the Porsche Taycan 4S (if you choose the right model).

It’s fun to drive with plenty of room for baby and you. The 490-litre boot is a little smaller than the Audi or VW SUVs, but the hatchback opening makes it easier to access. There’s more than enough legroom, headroom and storage space throughout the cabin for stowing daily items.

The driving position is high but not as high as a Range Rover 4WD. Reversing sensors and cameras to help with parking come as standard and the GT S-line model has a 360° birds-eye-view camera too. The 12.3-inch infotainment touchscreen is the largest of all in our top three young-family-friendly electric car selection. The operating system behind it does the job and there’s an all-around up-market feel inside. Maximum range on a full charge is 328-miles.

When the kids get a little older, there’s a substantial reduction in the amount of stuff you need to take with you every time you step out of the house. That means there’s less reason to opt for an SUV and more to choose an electric family car with a little more sophistication. 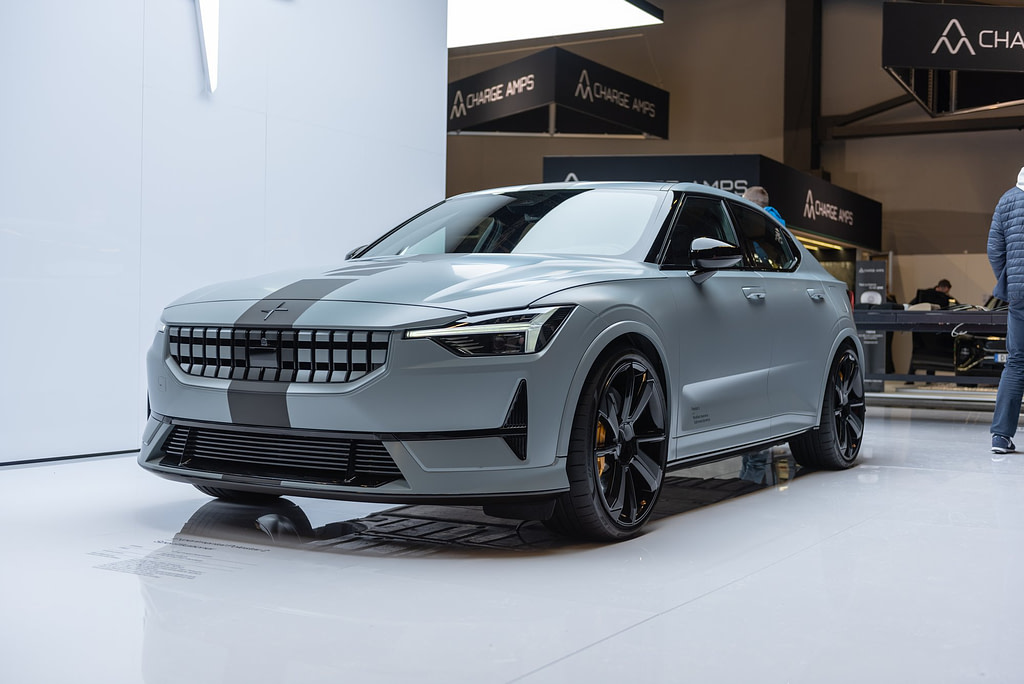 Handsome and practical, the Polestar 2 gives Tesla a good run for their money. This family electric car feels truly sophisticated and stylish, inside and out. The cabin is uber comfortable and all-round visibility is excellent.

The battery range claims 245 miles on a full charge but in real-world driving, you’ll more likely get around 225. Boot space is a healthy 405-litre that extends to 1095 with the seats down. The infotainment system was android developed by Google. This has made for a faster and easier to use system than competitors in this space. 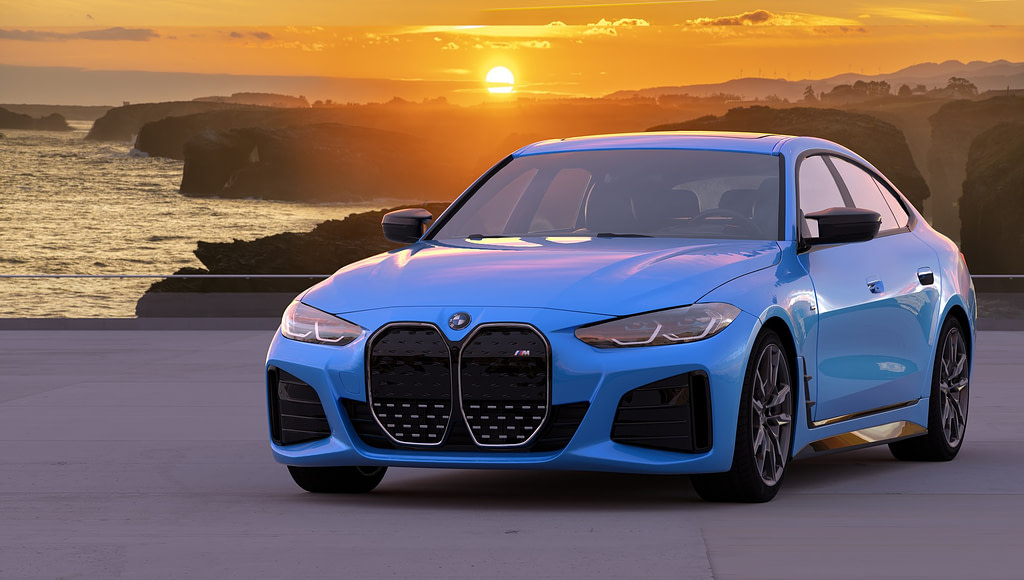 The BMW i4 is one of the only family electric cars for people who want a BMW but not necessarily an electric vehicle. It’s got sophisticated saloon styling along with the standard drivetrain that creates a great-feeling drive. It’s more expensive than the Tesla or Polestar but is relatively cheap to run.

The 470-litre boot space means there’s enough room for everyone’s bags when you head off on holiday and the slimmer styling than the Polestar or Tesla Model 3 makes it easier to move through traffic. All the expected high-end tech from BMW is contained in the cabin and you’ll get faultless quality and soft-touch materials throughout too. 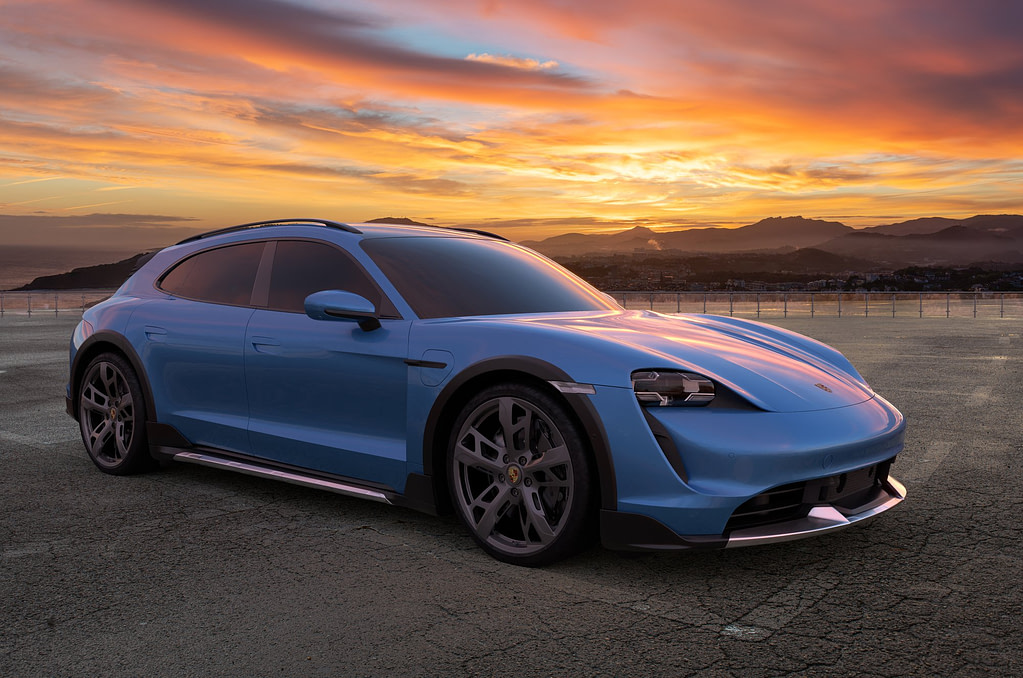 Better than a regular Taycan, the Taycan Cross Turismo is a (very) fast estate with great looks that match its competence on the road. It’s comfortable inside, has striking looks and its fast speed is matched by the speedy charging capabilities too. It’s quiet inside, which can make the 0 – 62mph in 3.3 seconds futuristically disconcerting but oh, so lovely.

The boot space is a sizable 405-litres, on par with the Polestar, but with the rear seats folded, the Taycan delivers more; 1,171-liters of stowage space. You’ll get around 265-miles from a single charge. The technology inside is top-notch too, almost everything is controlled via the 10.9-inch touchscreen of the infotainment system. The curved driver’s display is sleek and well-integrated, a great touch for interior styling. It’s one of the few electric family cars that is guaranteed to turn heads! 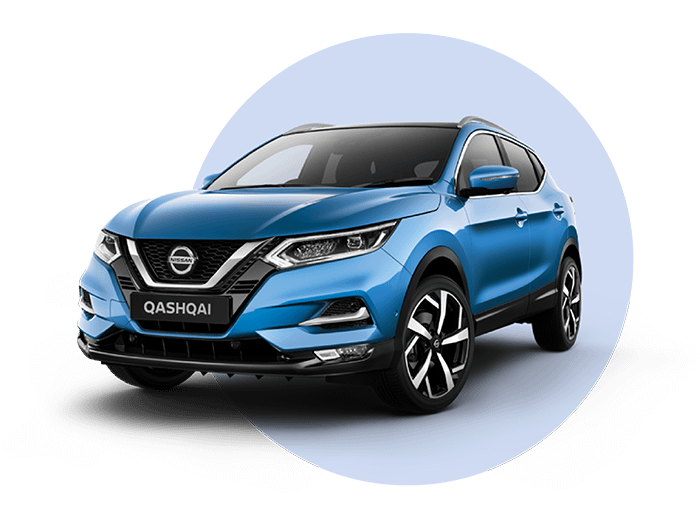