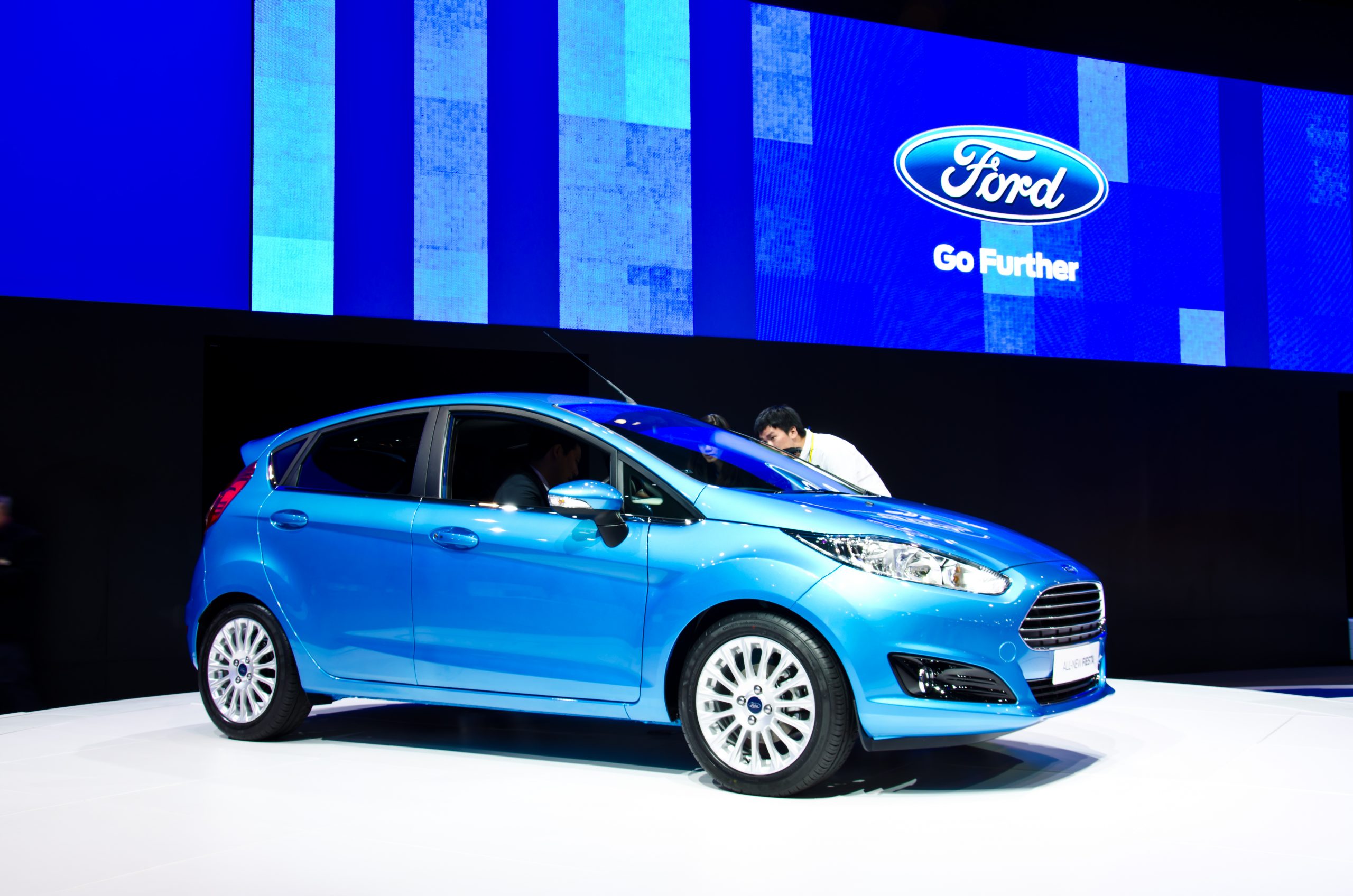 If you’re looking for small and fast, you can’t go wrong with the Ford Fiesta ST200. That said, the other engine types are pretty good too, which accounts for the Fiesta’s strong fan base. 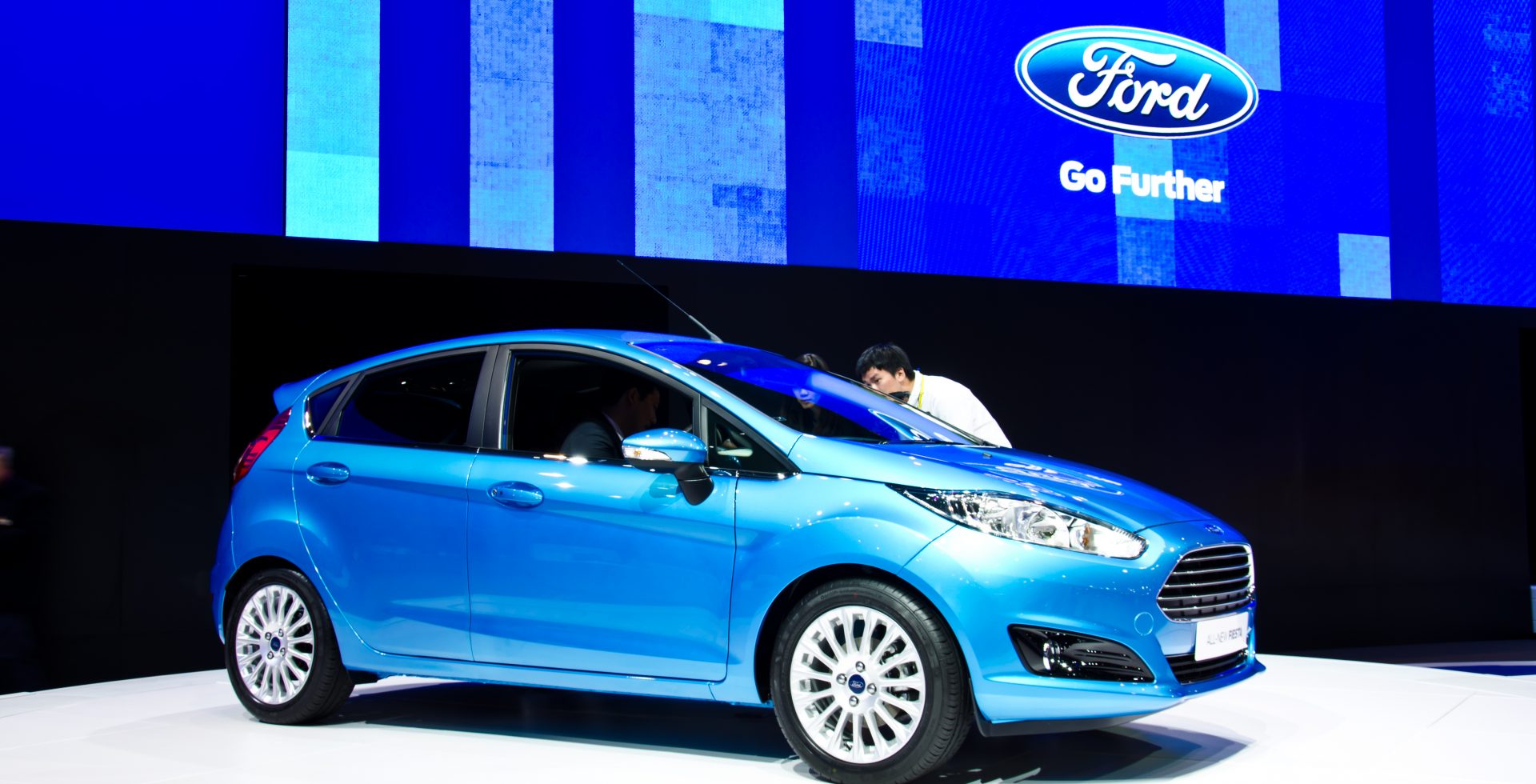 If you’re looking for small and fast, you can’t go wrong with the Ford Fiesta ST200. That said, the other engine types are pretty good too, which accounts for the Fiesta’s strong fan base.

The feisty Ford Fiesta has been on UK roads since the late seventies and gained in popularity with each passing year. Between 2009 and 2016, it achieved the coveted title of Britain’s best selling car – bar none. Today, it’s the UK’s most popular hatchback.

It’s for good reason too, the Ford Fiesta is a fab little car both new and as a used car model. It’s fun to drive, easy on your pocket and comfortable too. Designed to be a simply great car inside and out at a great price – both for initial outlay and maintenance costs – it’s perfect for new drivers and experienced small car lovers alike.

2008 saw the release of the Ford Fiesta Mk7. Between then and 2017 the model had various upgrades, make-overs and some newly designed engines; most notably the eco-boost engine that was both hugely efficient and the fastest production Fiesta to date.

With over 20 variations on the Mk7 between the three-door, five-door and multiple engine types, there’s plenty to choose from. Fortunately, finding the model, engine and interior that you most want shouldn’t be too difficult thanks to the massive fan-base this car enjoys. More than 4 million of them were registered to UK owners in 2014.

Under the Ford Fiesta’s bonnet

The Fiesta has a huge selection of engines to choose from. We’d advise choosing one based on your driving style and usual range. There were no dud engines with the Fiesta, but they do have their own strengths and weaknesses.

The 1.3-litre petrol is an astoundingly tough engine. The 1.6TDCi Econetic wins hands down for fuel economy, getting 86.5mpg and emitting a mere 87gm of CO2 per km, making it free for road tax. It still has plenty of get-up-and-go thanks to the fuel injection system and revised gear ratios.

The ST200, released in 2016, had a specially developed 1.6-litre EcoBoost engine that made it the fastest production Fiesta, ever.

If you do a lot of long-distance driving, the 1.4-litre diesel is a good choice with plenty of pulling power and around 60mpg to get you places with little hassle or cost

If you’re looking for comfort with your fuel economy, the Zetec 1.25 litre engine is a good buy. You shouldn’t have trouble getting your hands on a second hand Fiesta Zetec either – this was the most popular Ford Fiesta for new buyers, simply because it has everything a small car motorist could want. Electric front windows, alloy wheels and air conditioning complement the smooth and zippy engine that feels bigger than it is.

At the end of the day, whichever engine you go for, you can expect reliability and economy from the Fiesta range, so you can’t really go wrong.

Notes on the interior

Ford was aiming squarely at female drivers when they designed the Fiesta’s interior. Although far from girly, it is more stylish than its competitors the VW Polo and Vauxhall Corsa.

Including limited edition models, the Ford Fiesta has had over 30 different variations to choose from. Starting with the most basic trim specs, Studio, models work their way up through Edge, Style, Style+, Zetec, Zetec S, Titanium and the pinnacle of interiors, Titanium X.

Of all the variations on trim, the Zetec is the best value – you get all you need without the big price tag of the snazzier trims types. If you do have a choice of specs, it’s worth opting for one with the SYNC infotainment system. The touch screen is tiny but it’ll make hands-free phone calls and listening to your own tunes a breeze.

2012 saw trim types Studio and Style get dropped and you’ll find electric windows and aircon are standard on most models. Bluetooth connectivity and DAB radio is also widely available – those who bought the Fiesta new were happy for the smaller size, but not a smaller list of luxuries. In fact, it should be fairly simple to find models with extras such as reversing cameras, parking sensors and automatic lights.

With the Ford Fiesta, it’s worth checking the specific kit of any used cars you’re interested in as there’s a good chance it may have a few extras that you’ll enjoy.

Things to watch out for with the Ford Fiesta Mk7

As a generally reliable and well-built motor, a well looked after Fiesta shouldn’t cause too much concern. That said, the Mk6 (pre-2008) had a few issues and a number of recalls. While the Mk7 (2008 – 2017) hasn’t been recalled at all, it’s worth sniffing out issues before you buy any used car.

Clutch issues may show as a strange smell, slippiness or crunchy changes between gears, so make sure you take the Fiesta for a test drive before you begin haggling on price.

A good condition turbo will give you a small surge of power when accelerating when it cuts in, so watch for this if the model you’re checking has this fitted.

The diesel engines can have expensive to fix fuel injector issues if they’ve not been taken care of. Something to keep in the back of your mind if you’re looking for these engine types.

Odd repetitive noises from the wheel area, juddering steering and other strange sounds can indicate issues that are costly, so best to walk away if these arise. As the Fiesta is essentially a town car and run-around, check for scratches, parking bumps and scrapes to the alloys.

A full service history is definitely worthwhile having with these cars as some ex-fleet and leased cars may have missed essential work.

The sleek body of the 2013 Mk7 Fiesta was a clear winner for this model and there are numerous trims to choose from. It was widely touted as the best car in its class throughout its production life for good reason; if you find one that’s been well cared for, you can’t really go wrong.

There’s plenty of choice with the Mk7 – from trims to engine types and three or five-door hatches. For us, the 2013 updated 1.0 litre Ecoboost model with Zetect trim, outstrips the rest – fast, reliable and light on fuel.