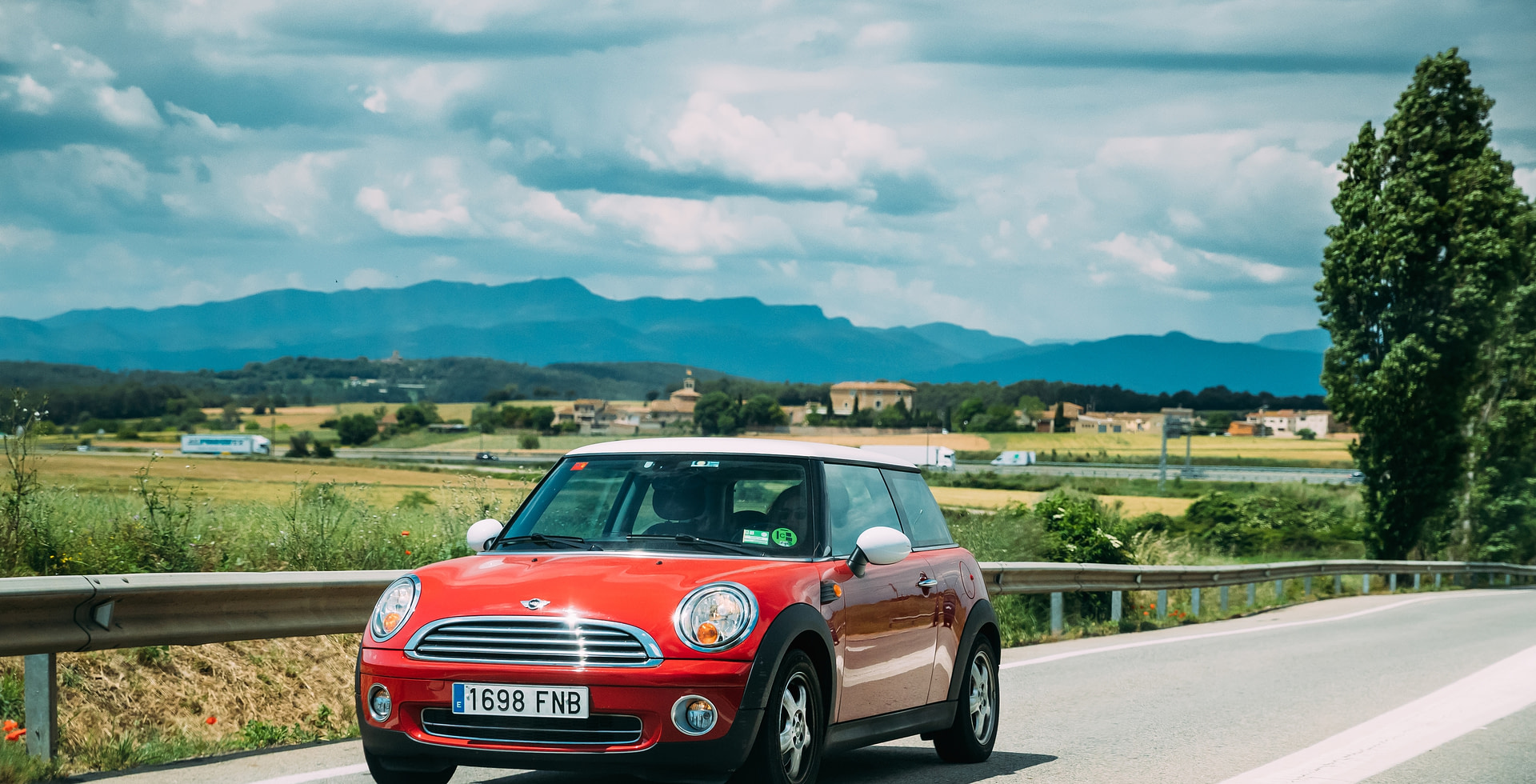 Low to the ground and driving a little like an oversized go-kart, the Mini Cooper is fun but may have more style than substance.

Low to the ground and driving a little like an oversized go-kart, the Mini Cooper is fun but may have more style than substance.

The Mini Cooper has bags of personality and large helpings of charm too. BMW has remained true to the original styling of the iconic BMC Mini with a rounded shape that’s low to the ground and fun to drive. The only real rival from this perspective is the cute Fiat 500, or maybe the now discontinued VW Beetle.

The Mk2 Mini first hit UK streets in 2006, with a choice of two power outputs for the 1.6-litre petrol engine. The range was expanded a year later with the addition of a diesel model and the MINI-One as an entry-level version.

The variety of second-generation Mini Coopers continued to grow over the course of its production to encompass a dizzying array of choice in both trim spec and outward styling. The choice available fast becomes confusing with special editions and personalisation options being added every few years. This can make it hard to pin down a specific model and spec to look out for.

Many acknowledge that the Mk2 Mini Cooper is a better buy than the first iteration of the vehicle around the turn of the century. Fans of the Mini happily point out how much fun it is to drive, while the critics warn that you’ll pay for far more than you get.

Under the Mini Cooper’s bonnet

The 2nd generation of the Mini Cooper is arguably the better of the family and what some like to refer to as ‘the golden generation’. BMW worked hard to fix many of the design faults that plagued the older sibling and all models come turbocharged with plenty of power.

There are four engine choices in the petrol range. The entry-level model released in 2007 is a 1.5-litre three-cylinder turbo with 101bhp. Next up the line is the 134bhp version of the same engine as the MINI-One, this is the star of the family, showing strong performance and reaching 0-62mph in just 8 seconds.

The ONE-D, Cooper D and the SD are where you’ll find the diesel engines. They’re a little noisier than the petrol versions and have slightly less get up and go at lower brake horsepower. But they’ll still turn a twisting back road into a fun ride in no time and deliver smoothly rapid progress on a motorway. You’ll get excellent fuel economy too.

Notes on the Mini Cooper interior

The classic minis weren’t known for space and neither is the Mini Cooper. The Clubman model – slightly longer and touted as an estate – does have enough room for luggage and friends, but the weird door configurations can take a bit of getting used to.

The two van style doors at the back need to be closed in the right order to latch properly. The single rear door – you read that right, two front doors and one rear – is behind the driver’s seat. While this makes it easier for the driver to drop baggage in the back seat, it’s a little inconvenient if dropping people off as they’ll end up stepping out into the road. Needless to say, this is why it ended up with the less than complimentary nickname of a ‘suicide door’.

Some of the materials used inside are a little lower quality than you’d expect from a car with this sized price tag and fan following. Interior styling is bold with some eye-catching retro touches. That’s not to say the tech is in the past too. You’ll be treated to an infotainment system with a large circular display set into the centre of the dash.

The 2007 system is a fairly simple set-up including radio, CD player and an auxiliary point. The later models have a bit more of the tech we’d expect from a modern car, based on BMW’s iDrive system that enables you to integrate the car with a smartphone.

What to watch out for in the Mini Cooper

Dents scratches and bumps to the bodywork are fairly common for models that didn’t come with parking sensors, so look along the lines of the exterior and run your hands along the sides too.

Some pre-2011 models had issues with oil starvation and fuel pipe problems, so it’s worth asking the seller if these have been checked or had any work done.

A worn water pump can show up as a faint whistling when the engine is running and warm. If it disappears with a touch to the accelerator, don’t disregard it – it confirms this is likely the water pump.

Check the starter button will still get the car running after the engine is already warm. Issues in this area indicate problems with the coolant sensors or thermostat – both of which are tricky and time-consuming jobs to put right.

Door pulls can get worn making opening doors heavy and clutch and gearbox issues are common with cars that haven’t been taken good care of.

Mini Coopers are undeniably modern classics and it’s not simply a premium ride you’re buying into, it’s the fun driving experience and styling that really grabs hold and won’t let go. You’ll likely pay for the attraction though. Generally, Mini Coopers have a good reliability record and there are plenty of reasons to fall in love with this little car.

If you want a small car for big trips, it’s hard to go wrong with the Volkswagen Polo.

Whether in the guise of a saloon, estate or hatch, the BMW 3 Series delivers excellent handling without compromising on comfort.

If you’re looking for a reliable, comfortable and economical hatch, the Vauxhall Astra is a safe bet. There were good reasons it became a household name.